Apply Now
Blog How VR is changing the face of Architecture

How VR is changing the face of Architecture 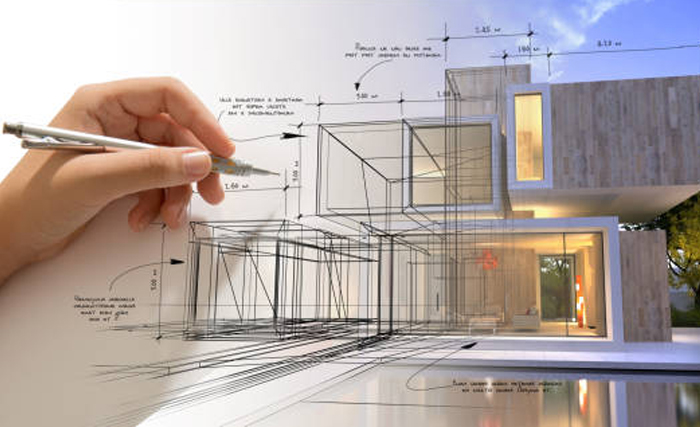 The first stage in conceptualizing a structure for most architects to practice is to sketch out their conceptual ideas as sketches or, more commonly, 'plans.' As a result, architectural drawings are simply idea receptacles.

Designers' drawings are complicated and dense as their ideas get more nuanced and coherent. In today's formal architectural practice, the first attempts at design are mostly used to capture one's ideas on paper. These concepts are reviewed, added to or deleted from, and then detailed to the level necessary to bring them into reality on subsequent "visits" to the drawing. Making drawings is a never-ending process. Because there is a progression and development of ideas, the final design or final image of the building is the result of many sittings and sleepless nights.' As a result, the sketch essentially fleshes out the designers' own idea of a building or space from a rudimentary skeleton.

You have blueprints and scale models traditionally. Most commonly 3D modeling has been around in force for the last 20 years. Virtual reality plays into these traditional tactics because the two/3D modeling is more tightly linked than the makers understand. It is largely known for the gaming platform, but visionaries are realizing its incredible uses in the world of architecture and designing. Slowly the practice of introducing VR in architectural programs is being undertaken by different institutes teaching Bachelor of Architecture degrees.


VR Is Rapidly Rising Virtual worlds are designed to transport customers to another reality, a well-constructed environment that can transmit subtle sensitive things like emotions, feelings, and sensations. Clients can experience the influx of those emotions before physically standing in the building. It allows for changes to be made before committing to the execution of the project.

In comparison to standard rendering, scale models, or animations, the immersive environment in nature delivers a considerably more accurate portrayal of the geometry overall - scale, depth, and spatial awareness.
When you as an architect or the designer have the capacity to present the client with -
Your ability to convey creative purpose becomes immediately visible and much clearer without any further misconceptions. So, make sure you upskill and learn these techniques while pursuing your Bachelor of Architecture course.

Virtual reality has been present in some form for decades. The first head-mounted systems were introduced in 1968. Anyway, the technology has not been flexible or advanced enough to be widely used until now. It has exploded in popularity in the last 10 years. All thanks to advancements in smartphone technology that put high-resolution visuals in everyone's hands. They have made the usage of VR more accessible and inexpensive (compared to other tech pieces). Summary of VR, AR, and MR: These are Similar but Have Different Capabilities Advantages of using VR in Architecture Wouldn’t it be an amazing opportunity for Bachelor of Architecture (B. Arch) aspirants to get experience of such an evolving platform beforehand? The most important factor in such a case would be to look for an institute that is ever-adapting and which will guide you and help you explore.

Conclusion Indeed, in this field, the merging of the actual and virtual worlds is undoubtedly the most exciting, and revolutionary possibility for such technologies. AR avatars could provide insights to make buildings more comfortable for their occupants; facility managers could cross-reference real data from buildings to keep energy costs down.

One day, architects could create entirely in a virtual environment; those files could be directly used in digital fabrication. Contractors could see the digital and physical side by side to guide the construction & it will never be the same again if this occurs.

End Note - So, if you want to pursue a Bachelor of Architecture, scout for a fine design school such as ITM University, Raipur. It has the best pedagogy and design labs to help you equip yourself with futuristic knowledge.

Talk to us about which program best suits your professional career.